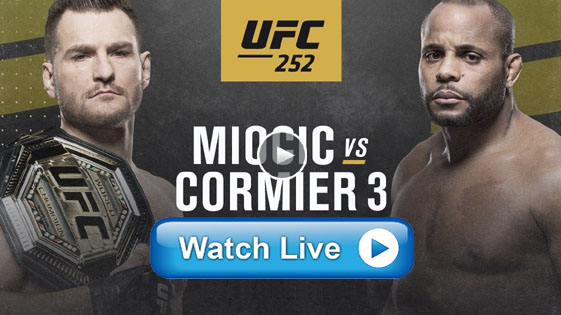 A UFC 249 live stream has been the ultimate will it or won’t it. Due to the on-going issues with Covid-19, the fight has been chopped, changed, moved and Dana White has even pulled out suggestions of moving it to a remote island…sounds about White.

Either way, things are getting back on track now, with a location, date, time and two fighters lined up ready for you to watch UFC 249 online. After being told to pull the event completely, Dana and his team have tracked down a new venue in Florida.

But here’s where things get interesting, the UFC team has gone ahead and merged both UFC 249 and the planned 250 event for an unbelievable selection of fights in one single event.

A UFC 249 live stream will see Tony Ferguson vs Justin Gaethje (stepping in to replace Khabib) as the headline fight. But also on the main card is a headline-worthy battle between Bantamweight Cejudo and Cruz – two legends of UFC.

To really solidify the level of talent being pulled off in this event, Donald Cerrone and Anthony Pettis have been knocked down to the prelims…that’s a fight anyone would expect to show in the main card. We’ve detailed every bout for UFC 249’s Early Prelims, Prelims, and Main Card events below. Straight after that, we’ve listed viewing options around the world on how to watch a UFC 249 live stream online.

If you’re after another dose of sport, we’d strongly advise you to check out the ongoing series about one of the finest sports stars ever with our guide on how to stream The Last Dance Michael Jordan documentary online.
UFC 249 – Early Prelims

Donald Cerrone and Anthony Pettis lead the prelims in a surprisingly impressive fight for prelims, followed up by Alexey Oleynik vs Fabricio Werdum in a heavyweight fight and Carla Esparza vs Michelle Waterson in a Strawweight fight. Uriah Hall vs Ronaldo Souza finish off the prelims in a middleweight battle.
UFC 249 – Main Card

This is a truly exciting main card with Tony Ferguson and Justin Gaethje battling it out for the interim UFC Lightweight Championship and Henry Cejudo and Dominick Cruz going for the Bantamweight belt.

On top of those two title-deciding fights, Francis Ngannou and Jairzinho Rozntruik are going in for a heavyweight fight as well as Greg Hardy and Yorgan de Castro in the same weight division. Jeremy Stephens vs Calvin Kattar finish off the main card in the featherweight division.
How to watch UFC 249 live stream in the US:

ESPN+ has been the go-to location for UFC and MMA in the US for a long time and for UFC 249, it’s the same. There are two options for watching event on ESPN+ – both paid.

Either you can buy a UFC Bundle for $84.98, giving you access to this event and any future UFC fights in the year or you can just pay the PPV fee for this one event of $64.99.

The Preliminary Cards will begin at 6pm ET, with the Main Card fight starting at 10pm ET. You can also get the standard ESPN Plus subscription (PPV not included) bundled in with Disney Plus and Hulu for $12.99, which is a real steal. Check out our Disney Plus bundles guide for the lowdown.
How to watch UFC 249 online in the UK

For those in the UK trying to catch the action, you can tune in through BT Sport 1. The easiest way to get access to this is through either a Sky TV or a BT Sport subscription, with the latter coming in at £25 a month.

Like most other UFC events getting aired in the UK, prepare for a late one with the early events starting at 1am. Luckily, if that’s way too early for you, you can easily rewatch at a later point through the BT Sport app.
How to watch Ferguson vs Gaethje in New Zealand

As usual, Sky Arena is the place to be for UFC in New Zealand. And as you would expect…its a PPV event. You’ll have to spend $39.95 to catch the action. It kicks off on Sunday, May 10 from 2pm.

However, Sky Arena is not showing Prelim fights. For that, you’ll need to look into getting a UFC Fight Pass.
Live Stream Ferguson vs Gaethje in Australia

For anyone in Australia, the one place to catch this massive UFC event will be Main Event. UFC 249 will kick off on Main Event on Sunday, May 10 at 12pm AEST.

However, like the other countries on this list, this is a PPV event, meaning you will have to fork out $54.95 to watch it. If you’re not going to be able to tune in at 12pm then don’t worry, Main Event will be re-airing the event at 6pm and then 12am and 10pm on the Monday.